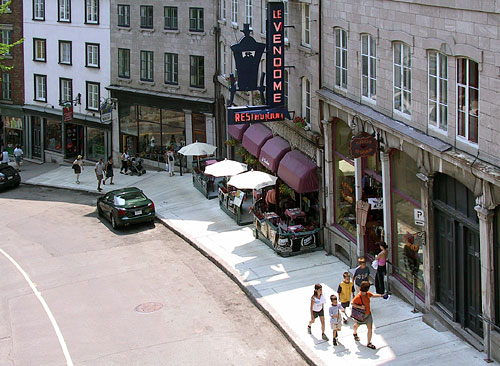 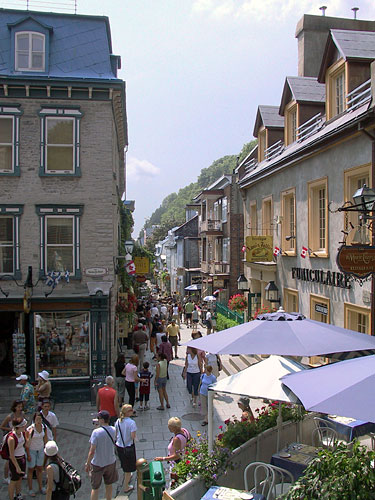 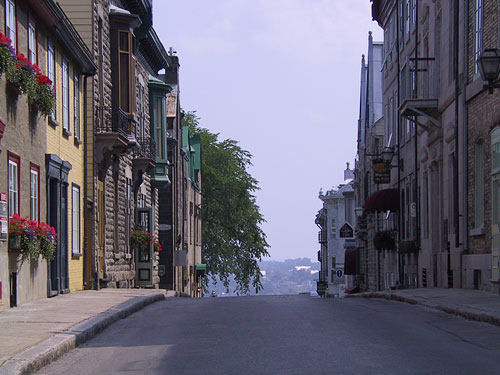 A hilltop with the opposite bank of the Saint Lawrence River visible in the far distance. 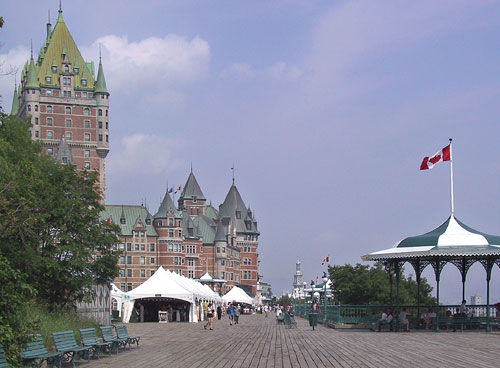 , a wide boardwalk perched high above the river. The Château Frontenac hotel dominates the skyline of the old city. From here you can see… 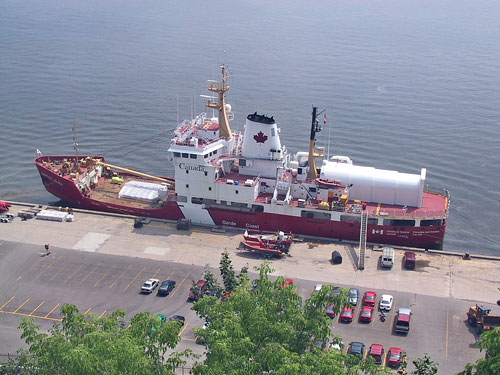 … activity on the river like this Canadian Coast Guard ship. 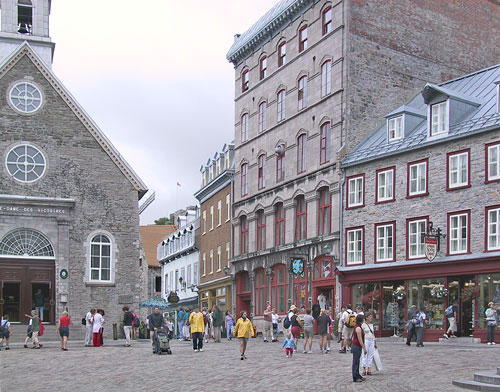 In Lower Town, the plaza Place Royale and the chuch of Notre Dame des Victoires. 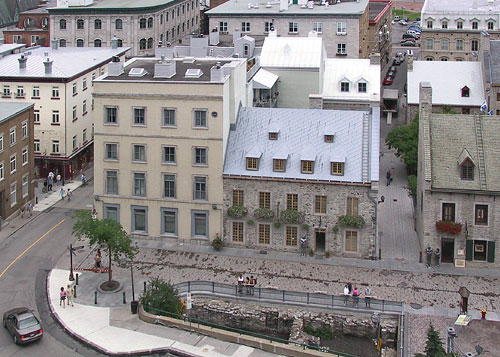 Another view overlooking Lower Town from the Parc Montmorency. 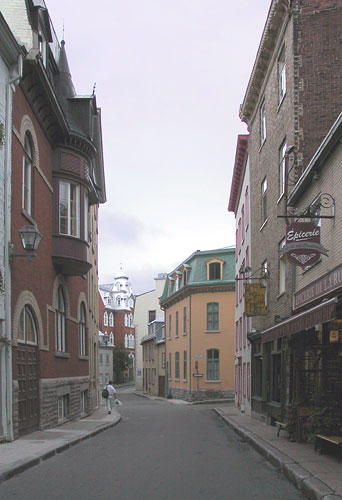 A less-visited section of the Old City. 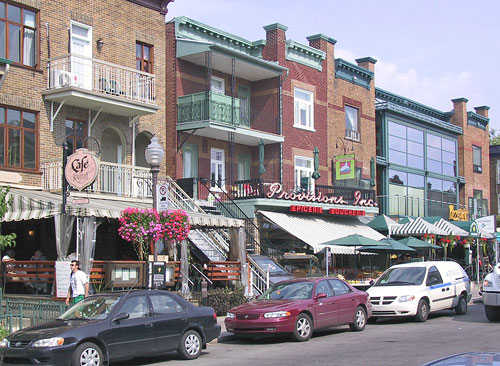 A mixed use street with shops and cafes outside of Old Québec.

All photographs on this page are copyright © 2007 by Laurence Aurbach.

Quartier Petit Champlain (photos) — Claims to be the oldest commercial district in North America. Certainly one of the cutest.