Many of the building elements that people relate to beauty are also the most transitory. Elements like facade color

, cladding, window treatments, etc. are the easiest things to change. So when Wal-Mart, for instance, wants to show that it’s addressing community concerns about aesthetics and context, they’ll clad their big boxes in styles that reference local heritage in some vague way. Hill Country stone in Austin, rustic trusses in Colorado, Georgian brick in the Mid-Atlantic, etc. But the end result is still a tilt-up, single-story big box in a sea of parking.

Buildings with the right form can help create the neighborhood character that residents want. To get the right form built, a growing number of communities are implementing “form-based” codes. A successful example is the Columbia Pike corridor in Arlington

An article in the January 2005 issue of Builder magazine said:

Developers in Arlington, VA now waltz through the zoning approval process within 55 days, thanks to new “form-based” codes that specify the shape and composition of buildings and where they can be placed on property along major thoroughfare Columbia Pike… developers have been attracted by the codes’ predictability which makes it easier to show the community that their plans are in compliance. It’s an entirely different way of zoning.

After 40 years of no development, there is now hundreds of millions of dollars worth of construction underway on Columbia Pike. Here’s a list of projects as of summer 2006. Here’s a proposal for light rail along the Pike, now formally adopted by the county board. 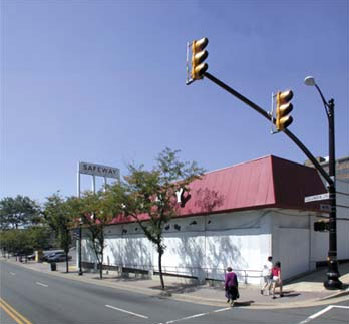 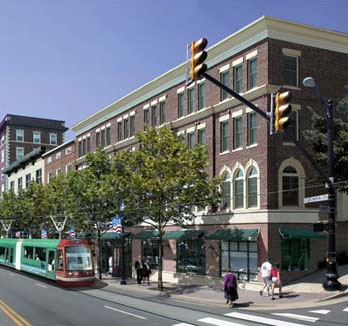 I’m not saying that a form-based code is necessarily the right tool for every neighborhood or district. My point is that focusing on building form instead of style helps to address the most important priorities for creating good, pedestrian-oriented urban design while bypassing some of the style arguments that in the long run turn out to be mere distractions.

Blocks & Boxes by Steve Mouzon outlines a variety of methods for incorporating big box stores into an armature of walkable streets and blocks.